After a (well deserved?) holiday, we’re back to rock as never before. Our first gig will be August 25th, playing with The Smith Street Band and March. This will happen at the legendary Dynamo club, Eindhoven. Cool huh!

Our second gig is also a really cool one, ’cause our record label Shield Recordings is celebrating their 10th year of releasing the crème the la crème of Dutch punkrock and hardcore records. Mark your calendars now, September 26th at Hall Of Fame Tilburg, also playing are heroes The Real Danger, Accelerators, Sweet Empire, The Windowsill, Irish Handcuffs, Rivershores, Modern Saints, and more will be announced soon.

But wait! There’s more. October 3rd will see us returning to Belgium. We’ll be at Rogerfest V at Blue Jeans XL, Ravels-Eel. Other bands on the line-up are We’rewolves, Leave Scars, Kevlar, The Sedan Vault, Equal Idiots, and many more. Everyone loves Roger.

Our return to the stage wouldn’t be complete without a gig in, what could be described as our second hometown, Aachen, Germany. We’ll play the first edition of Full Disclosure Mini Fest, October 11th. Other bands on the line-up are Typesetter, Shango Nitra, Gedrängel, and many more. Show them your support.

More gigs will be added over here soon.
Looking forward to drink beer with each and everyone of you!

This was supposed to be a celebration

And so we write these words down after completing an awesome set of shows with Red City Radio, Pears, the Dutch Rudders, March, the Real Danger, Cheap Drugs, Priceduifkes and much more. We made a lot of new friends, we’ve seen so many beautiful places and drank so much lovely beers across Europe. It’s not that hard to say we had the best time of our lives the past couple of months. But as time passes on we thought it would be a good idea to take some time off to write new songs and to attend to other personal matters like cleaning the oven or checking our tires.

So for now we take a little break to return in August as fresh as a baguette du fromage on a Sunday morning! Hope to bring some new tunes to your ears at the shows that are planned after our little break. But for now you guys have to do it with our full length PØLP. We are happy as fuck with the fact that there are only 3 pink copies left of this record. So if you want one, take a fast look at our merchandise page or check out the website of our lovely friends and family of Shield Recørdings!

So we crawl back in to our little realms and wish all of you all the best for the next few months. And we kick some kontjes when we return after the summer!

We started the year pretty good. The February tour took us to Italy, Austria and Germany (and NL supporting Atlas Losing Grip), which was really rad. We met a lot of cool people, and have seen some really cool bands.
And just when we thought things couldn’t be better, our Belgian shows started of last weekend. Wow! Sharing the stage with Red City Radio, Pears, and many more ace bands at the Indoor Edition of Brakrock Ecofest. We can’t thank you enough for attending these shows, and your enthousiasm!

Because we’re too lazy to record a new videoclip + we heard you like to sing-along. we added simple lyric videos of our full length to YouTube! Enjoy!

(w/ Your Highness, The Hubschrauber, Thalamus, Mind Rays, and more)

A little late, but we’re happy to say that we survived another year of partying! Well, most of the time we we’re just messing around playing mario kart or duck hunt. I’ve been told we’ve released a split 7” and our debut album last year, which is pretty sweet. Thanks for the support boys and girls!

Since our latest post we had some really awesome gigs with bands such as Baxter, Dirty Bastards, Drunktank, March, We’rewolves, Deadbeats and Sunpower.
So.. what’s next? In the very near future we will be playing gigs in Italy, Germany, Belgium, and (of course) The Netherlands. We’re looking forward to be playing the already legendary festivals Crossbonefest and Brakrock Ecofest – Indoor Spring Edition, while sharing the stage with some of the coolest bands alive: Red City Radio, Atlas Losing Grip, Pears, The Dopamines, The Murderburgers, Apologies I Have None, The Dutch Rudders, and so much more. Siked als ‘n malle! Check out our gigs section for more info.

See you on the road!

Soooo, PØLP was released six weeks ago. We’d like to thank everyone for streaming, buying and sharing! We hope you like it!

The pink vinyl is almost sold out, as well as the cassette tapes. So if you want one of those, hurry to our webstore. Because we’re cheap bastards and don’t want to pay for our Bigcartel page, the store is not perfect. If you think you’re paying too much for shipping costs, please send us a message. We’ll sort something out.

We want to thank each and everyone for the (mostly) positive feedback. We really appreciate it. Below the reviews of PØLP we’ve seen so far. Some very positive, some a bit less positive. It’s all about opinions.. But we’re happy to see that most people seem to like our album:

Meanwhile, we’ve been playing awesome shows at BoemTikFest, Heerhugowaard, Brute Boul, Paderborn, Essen and Aachen with some of the best bands; like When There Is None, White Hand Gibbon, Starry, Modern Saints, Resolutions, LateGeneration, March, Screw Houston, and many more.

Our next shows will be in Wageningen, Middelburg and Weinheim. And we’ll be announcing a short European tour soon. Keep checking our shows page for more info.
Life is good!

P.S. did you know that we’re an Instagram band now? Facebook has been fucking with us for too long, but we’ll try to update that page as well.. sometimes.. 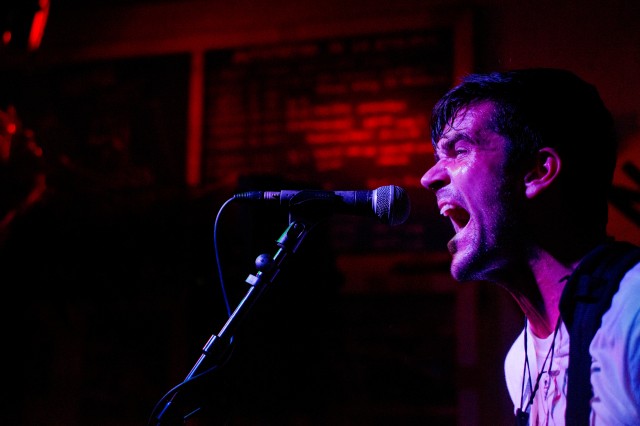 Two weeks after the release of “PØLP” on Vinyl and CD on Shield Recordings, Trilob Records is releasing this badboy on cassette tape!

It is limited to 25 pieces, so don’t sleep on it.
For sale over here: http://trilobrecords.bigcartel.com/

Posted on October 1, 2014 by harshrealms

Our debut full length is released today! It is available on Vinyl, CD and also Digital.

Special thanks to Gert Jan and Fieke from Shield Recordings for making this happen.

Enjoy! And please spread the word!

See you at one of the shows:

DyingScene.com is streaming our upcoming full length album ‘PØLP’ in full!
Head over to their website, listen, and let us know what you think on our Facebook page.

The album will officially be released on October 1st and is still up for pre-order at the Shield Recordings webstore.
Available on colored vinyl (clear and solid red mixed, or solid silver), as a digipack CD, or digital. We also got some nice package deals with an exclusive shirt, plus Shield Rec will give away 2 testpresses to 2 lucky people who pre-order “PØLP” on vinyl. 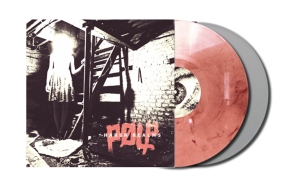 You can now pre-order your copy of PØLP at the Shield Recordings distro. We expect to ship the pre-orders in the first week of October.

We’ve got lots of different package-deals going on; LP’s, CD’s, Shirts..
The shirt was designed for us by Dominik at Coughing Coffins, thanks a lot mate!

Also, two of the testpressings will be given away for free, this may be your lucky day!

We are proud to announce that we are officially joining the Shield Recordings family to release our very first full length LP/CD called PØLP.

The release will contain 11 tracks that we recorded with the greatest campingbøss of the Dutch punkrock scene: Nico van Montfort. Nico also mixed the thing.
The mastering was done by Bill Henderson at Azimuth Mastering, New Jersey, USA. He’s known for bands such as I Am The Avalanche, Make Do And Mend, Daylight, Tigers Jaw and The Wonder Years.

The artwork was done by Tyler Gibson at Doom Toof Design. So far he has done artwork for bands like Banner Pilot, Notington and Elway. So we are pretty stoked to be working with him!

The release is scheduled for October 1st and will be followed with a bunch of shows.

You can pre-order the vinyl or cd versions soon through http://www.shieldrecordings.com/releases/harsh-realms-plp-cdlp

We are happy that we will be working with a great label that released records for bands like: Antillectual, The Real Danger, the Road Home, Make Do and Mend, Tim VanTol, Astpai, Sweet Empire, This Routine Is Hell, Accelerators, PJ Bond, Ducking Punches, and many more.

So it’s onwards that we go!